Following successful completion of the Donovan Bar, Fileturn tendered and secured a further phase of work to refurbish the concierge, reception and back of house areas in Brown's Hotel.

The existing concierge desk was moved into a newly formed area that also contains an updated luggage room. Two new openings were built into the old luggage area which allows it to be opened up to the reception area.

This area of works included new walls, ceiling and flooring finishes, as well as air conditioning units. Hardwood raised and fielded wall panelling was installed on the opening reveals and soffits. Display cabinets and lighting were also fitted throughout the area.

To complete the reception area, a decorated tunnel through the existing reception area was formed, to allow public access whilst works were undertaken. The ceiling was removed to reveal the covered up roof light which was changed to a fully glazed replacement with upstand to allow natural light into the reception.

An air conditioning unit was installed on the roof to provide better comfort heating and cooling, spread into the area via grilles around the new roof light.

Additional works to both front and back of house areas included new steel roof support, a china store in the basement and decoration, lighting and flooring throughout. The main foyer had chandeliers installed and the staff office was redecorated. 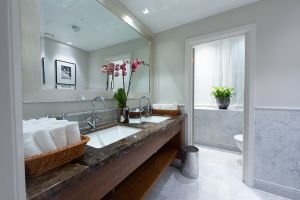 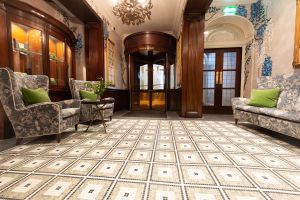 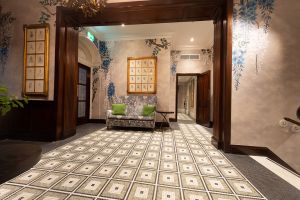 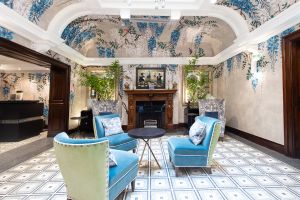 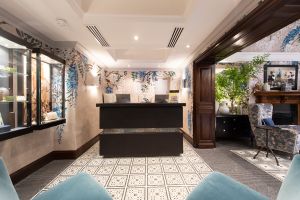 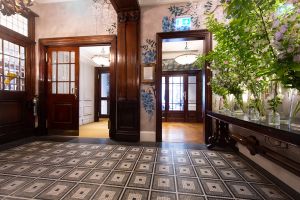 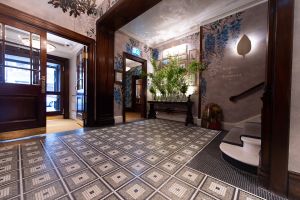 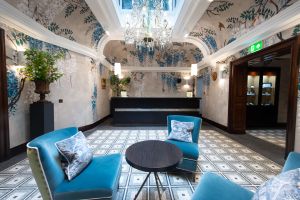 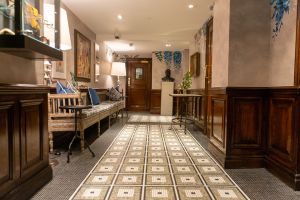