The Ivy collection emerged as an accessible alternative to the original Ivy, which opened back in 1917 as a high-end haunt for celebrities and notable people from London's arts and culture scene.

Having worked on several of the Ivy’s brasserie-style restaurants, Fileturn were commissioned to create the Asia-inspired eatery in Guildford.

Fileturn were confronted with an empty shell, over two floors. The works included structural steelwork alterations, installation of a new central staircase and back of house stairs, a new commercial kitchen, acoustic ceilings and full M&E installations.

The space was divided into a restaurant serving up to 100 guests with a feature Cocktail Bar and Sushi Bar, additional seating and a Private Dining Area for 20 guests named The Edo Room after the historic Edo period that ran between 1603 and 1868 in Japan.

The restaurant's in-house design team worked with Pump House Design to create an interior that would "excite guests from the moment they step inside.”

With a vivid green, under lit agate floor, a huge bar with an illuminated marble top with a faux tiled roof, akin to what could be seen on a traditional Asian temple, leafy trees and 12-foot statues of samurai warriors, the interior is a beautiful, experiential and immersive environment imbued with Japanese decor details.

The images speak for themselves - a wonderful project with wonderful results! 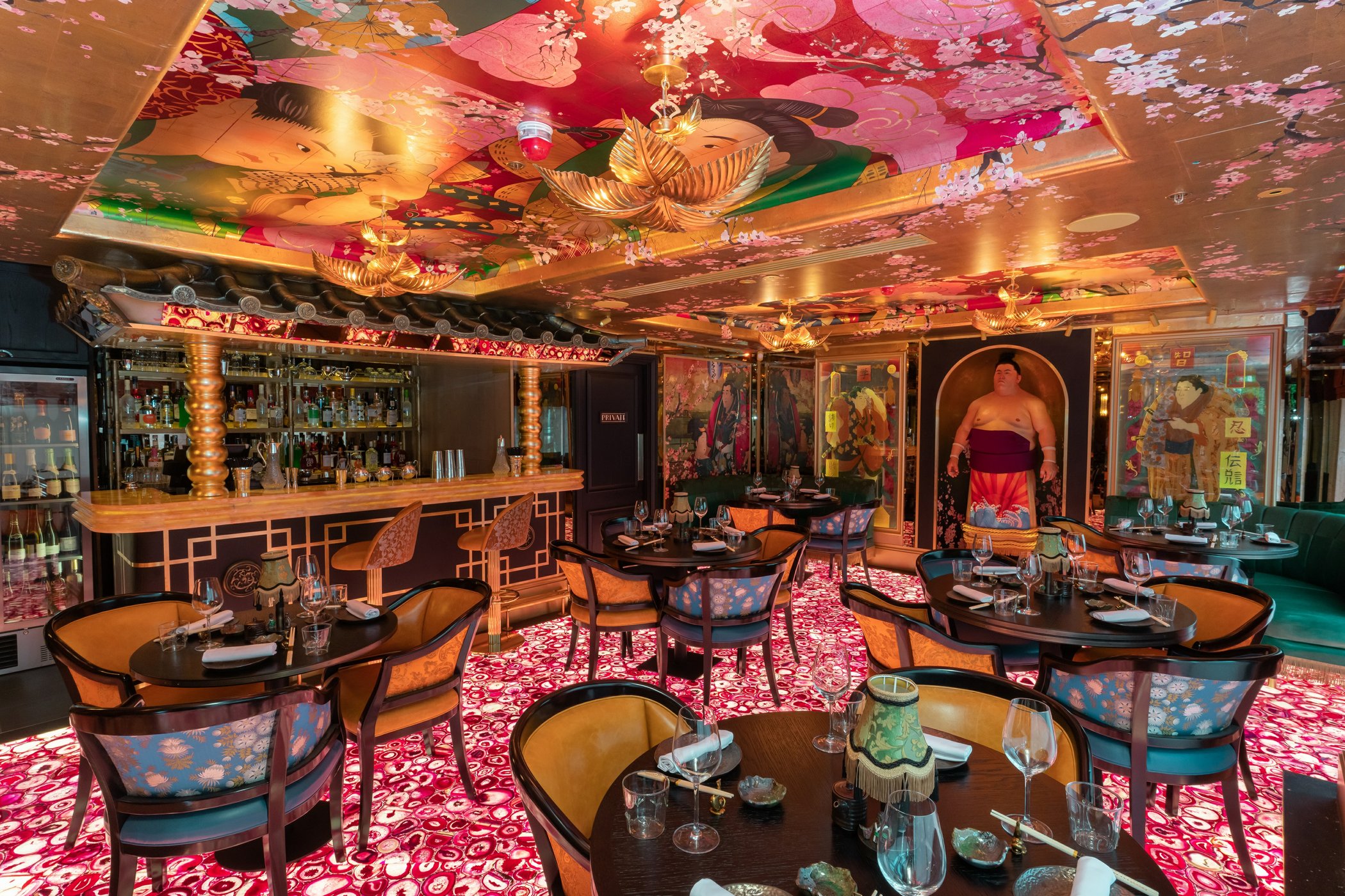 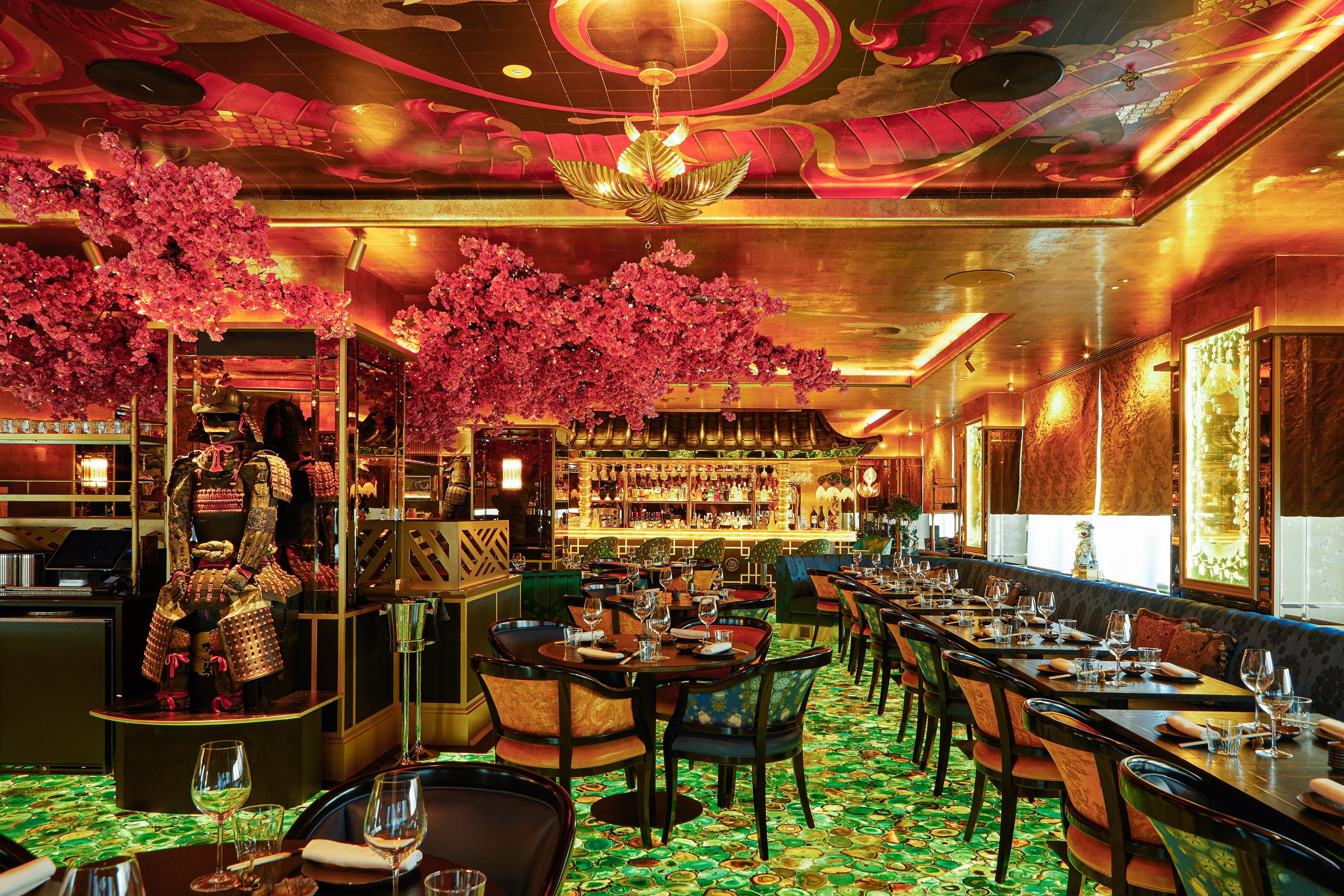 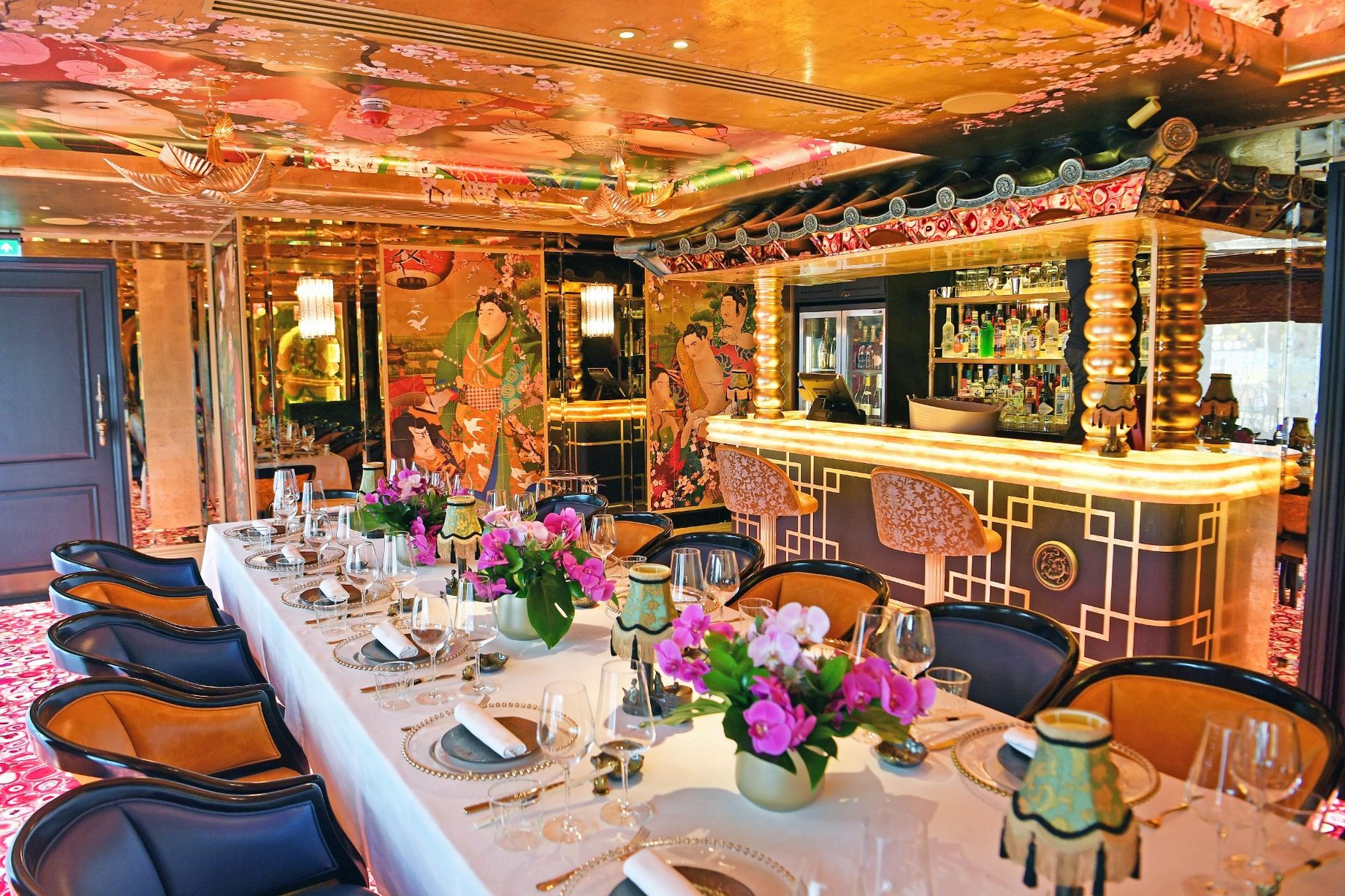