The aim of this project was to create an American style, Old Town diner in a modern shopping centre food court.

The first challenge was the erection of a hoarding that protruded into the mall with appropriate Red Dog branding affixed. This was done overnight and the subsequent building of a ceiling sub frame without any noise was completed during the day.

Once the inside shell was complete, works could carry on with internal décor and features which had to match existing Red Dog design guidelines, yet also suit the location of the build. The architect had chosen a series of screens made from metal frames with copper and reeded glass infills to the panels.

A separate lighting designer was employed and various lamps were attached to the screens. A large grid work of lamps were to be bolted to the ceiling above the entrance which needed structural confirmation to proceed. This, along with the copper work and ad hoc rivet fixings all helped to create the character sought after by the client and their designer. The signage employed helped carry on the required theme by including pre aged signage that was made to look rusty as if it had been exposed to the hot desert conditions of some American cross country routes.

The final evening involved working out of hours to remove the hoarding, repair the existing façade and install the front row of banquet seating in the mall. 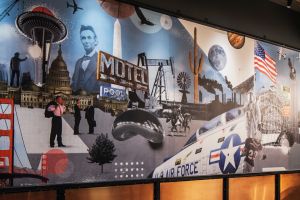 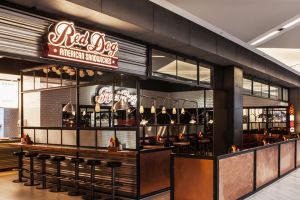 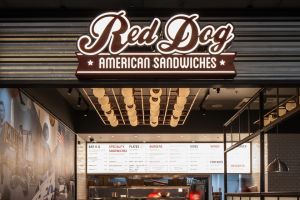 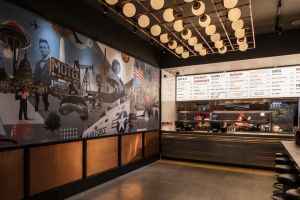 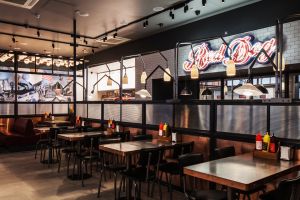 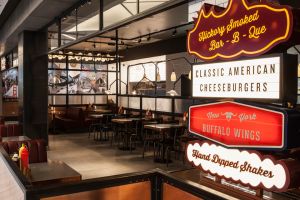 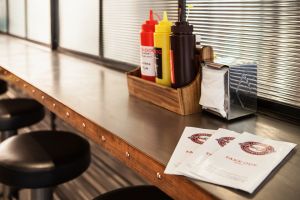 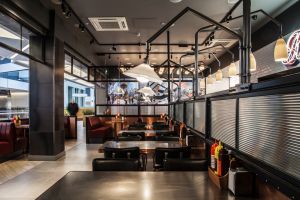 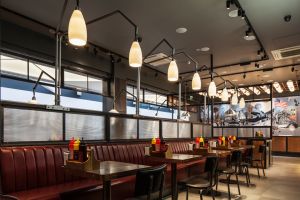 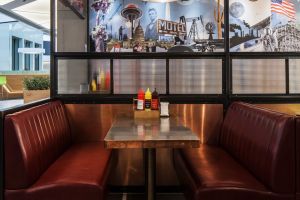 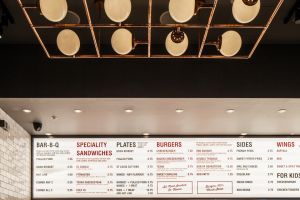 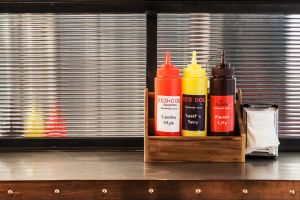 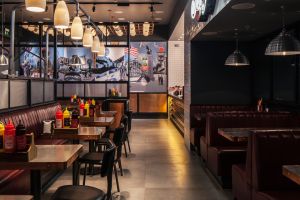 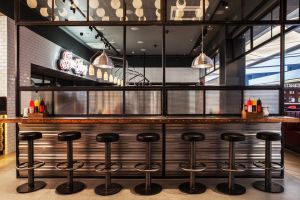 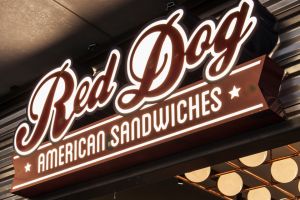